Inexpensive places to visit between Rome and Naples

HomeGalleryInexpensive places to visit between Rome and... 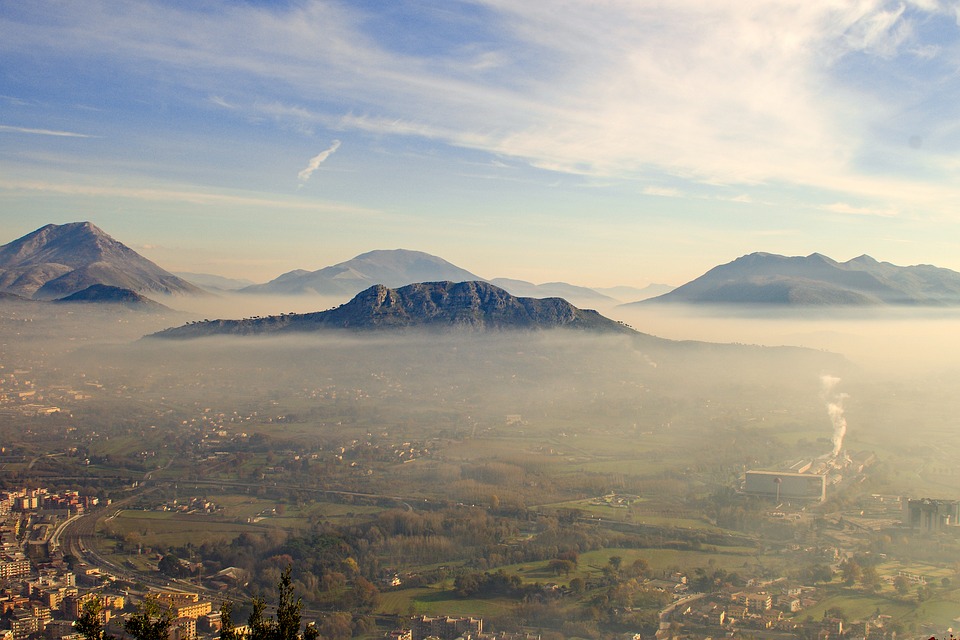 Inexpensive places to visit between Rome and Naples, here we are discovering ancient villages, caves and marvellous landscapes.

The Caves of Pastena are an unforgettable natural setting located in the Ausoni Mountains.

The Caves of Pastena are divided into two paths and have a length of more than three kilometers.

The Caves of Pastena have routes studied for the comfort of the traveller: their interior is equipped for comfortable tourist itineraries. Interesting paths will allow you to observe this extraordinary natural underground scenery in total safety.

Tourist guides will accompany you along the paths, point out stalactites and stalagmites of the most fun shapes, you will discover lakes and nice stories about the films shot in the Caves of Pastena.

The flow of groundwater has created the enchanting Grottoes of Falvaterra. The caves have developed within the limestone rocks of Mount Lamia. The active branch of the caves of Falvaterra is connected, underground, to the most famous caves of Pastena. Both complexes are located a few kilometers from our guesthouse La Voce del Vento and are worth a visit.

It is one of the most significant popular towns in Ciociaria: huge blocks of stone compose the cyclopean walls of Alatrium with a massive architrave supporting the Areopagus Gate of the historical centre, it is worth visiting the Romanesque-Gothic church of Santa Maria Maggiore of the 12th century, the Palazzo Gottifredi of the 13th century and the clocks of light in the spacious square of the city. For those who wish to extend their visit, the 12th century church of San Francesco and the six ancient gates are pleasant places to visit.

From the Hernici to the Middle Ages, Anagni lived the political and religious life of the peninsula as a major protagonist. Between historical remains and Roman walls, it still preserves almost intact the mosaic of the medieval cathedral where Emperor Federico Barbarossa was excommunicated. Divided into two basilicas, the Cathedral has a magnificent crypt frescoed in the thirteenth century. In addition, the thirteenth-century residence of Pope Boniface VIII, the Town Hall of the thirteenth century and the charming house of Barnekow, decorated in the last century by a Swedish artist.

The city wanted by Saturn, is protected by the cyclopean walls interrupted by a single arch for its construction in Europe. Among the jewels of the Roman era are the remains of the famous “Villa Cicerone” and the sanctuary of the founding god. In the church of San Michele Arcangelo you can admire the 17th century paintings by Giuseppe Cesari, the renowned Ciociarian painter who is known as the “Cavalier D’arpino”.

The fortresses, which made Bauco an unconquerable city, are so well preserved that even today the locking of the gates of the three town gates would prevent access to the town. In the church of S. Pietro Ispano, there is an early Christian sarcophagus with a very particular bas-relief decoration and the only mosaic work by Giotto, the Angel, from the ancient Constantinian basilica of S. Pietro in Rome. Walking through the town centre streets is like going back in time: the small streets, the facades of the ancient buildings with their double arched windows, the noble Renaissance houses, the churches, the rich works of art, amaze us in every corner.

To rediscover the charm of an ancient aristocratic mansion, a trip to Aquino, the town where Saint Thomas was born, is a must. Near the historic center you can admire the Roman church of Santa Maria della Libera with an archaeological area of Roman times.

The rigour of the gothic and cistercian style can be seen in the millenary abbey of Casamari very close to Veroli. The first settlement of the four priests from Veroli dates back to the year 1005 while the church of the abbey was consacrated in 1217. A path of deep spirituality around the beauty of the cloister enclosed by the solemn aisles of the abbey church, the marvellous chapter-house, the refectory and the library.

It stands on cyclopean walls interrupted by twelve gates, including the imposing “Porta Sanguinaria” from the 4th century and “Porta Maggiore” from the Silla period. Today, the city has become a modern summer holiday destination. Among the ruins of the ancient Acropolis, which is a gem of the ancient village, is the 11th century Roman Cathedral with the 12th century church of S. Maria Maggiore, one of the first masterpieces of Cistercian-Gothic architecture in Italy.

Discovering Ciociaria also means visiting several medieval villages such as Fumone. It is known for its castle and a curious story that still echoes in the air.

Veroli, a town of Roman age, preserves among its ancient streets some historical memories; in the Middle Ages it became an Episcopal centre and home of the Dukes of Campania and Marittima. Precious reliquary and goldsmith works are preserved in the treasury of the Cathedral of St. Andrew. Not far from the Basilica is the church of Sant’Erasmo, funded by St. Benedict, very close to the temple dedicated to Santa Maria Salomème of the thirteenth century.

The austerity of the Gothic and Cistercian style can be found in the millenary abbey of Casamari, very close to Veroli. The first settlements of the four Verolese priests date back to 1005, while the abbey church was consecrated in 1217. A spiritual journey around the simple beauty of the cloister enclosed between the solemn aisles of the abbey church, the beautiful chapter house, the refectory and the library.

The Abbey of Montecassino was destroyed four times in the course of history: by the Lombards at the end of the sixth century, by the Saracens in 883, by the earthquake of 1349 and razed to the ground by bombing in February 1944.

Fortunately, it has always been restored preserving its architectural importance. Founded by St. Benedict in 529. Montecassino was a very important centre of culture and diffusion of western monasticism. The abbey, which today is still the most celebrated of all Benedictine abbeys, was rebuilt immediately after the war according to its previous designs. Only the crypt with the tomb of St. Benedict and St. Scholastica survived the bombardment on entering.

Bed and Breakfast near Highway A1 Frosinone – exploring Ciociaria Region

Bed and Breakfast near Highway A1 Frosinone – exploring Ciociaria Region

What to see between Rome and Naples